VDM-ACADEMY USA
Back
Antioxidants and the redox potential

To ward off free radicals, the body uses the so-called antioxidants, which are supposed to prevent oxidative degradation. Nowadays, everyone knows what antioxidants are because they are a popular topic not only in popular science publications, but also in many newspapers and on the radio and on television.
Antioxidants are substances that have a reducing power and can neutralize reactive oxygen species (oxidants). A distinction is made between enzymatic (endogenous) and nonenzymatic antioxidant defense systems.

Enzymatic antioxidants
Our body produces a number of antioxidant enzymes - the most famous of which are catalase, superoxide dismutase and peroxidase.

You can try it yourself!
Take a glass of tap water and measure its redox potential. You will get values ​​between + 120mV to + 300mV. Take a vitamin C effervescent tablet into the water. During dissolution, the redox potential of the water decreases. Depending on the manufacturer, you can obtain a redox potential of +30 mV to -30 mV after dissolving. Even stronger reducing properties (up to -70 mV) show effervescent tablets with vitamin C + iron. These reducing redox values ​​tell us that electrons predominate in a vitamin C water solution. Therefore, a vitamin C (+ iron) water solution is an electron donor and thus an antioxidant that neutralizes free radicals.

Ionized water also has a reducing redox potential
With the help of an ionizer, water can be produced with any redox values ​​between minus 20 mV and minus 400 mV.

In the following studies, the antioxidant effects of reduced water were investigated in principle:

Note: The fact that these studies were published in such highly reputed journals as Springer or Pubmed speaks for their high scientific quality and the topicality of the topics addressed. Not every scientific article is accepted by these journals.
​
Free radicals, antioxidants, disease and aging

In recent years, science has been increasingly exploring the causes of aging and exploring ways to prevent so-called age-related diseases and stay in good health into old age. Numerous studies have shown that many of the previously unavoidable signs of aging - externally in the form of wrinkled skin, inwardly in the form of diminishing organ functions and brittle bones - are attributable to the tiny, cumulative effects of free radicals that cause cancer Damage cells in the course of our lives.

Free radicals are therefore unstable and reactive because they contain at least one single electron that lacks another that it can bind to.

In an effort to stabilize, the free radicals try to re-establish a pair of electrons by binding their single electron to another. They also "steal" electrons from stable molecules, making this second molecule a free radical.

This chain reaction damages millions of cells. Every day, DNA in a single cell is confronted with the attacks of thousands of free radicals. Fortunately, certain repair enzymes in our cells ensure that much of this damage can be repaired. However, as we get older, the body's ability to repair the damage diminishes. When cells replicate with damaged DNA, cells with an incomplete or defective structure and reduced functionality are created.

In addition to DNA damage, free radicals also affect other important cell building blocks, e.g. the mitochondria, which provide energy production within the cell. If you think of the cell as a small factory, then the mitochondria are like thousands of small power generators that allow the cell to function properly.

When cellular components such as DNA and mitochondria have been damaged by free radicals, scientists say the structure is "oxidized." Damaging cell components in this way weakens the whole cell, which in turn weakens the body's structures.

As a result, over time the body shows signs of aging: our skin becomes flabby, wrinkled and loses its elasticity. The joints become stiff and painful, the heart and other organs do not work at their full capacity or even cause problems.
​
Ionized water
The term "ionized water" - also called basic or alkaline water - is still completely unknown to many people.
Meanwhile, the health benefits of ionized water have surprised many doctors and are being researched extensively. The idea that it is possible to make even normal tap water by changing just one electrochemical parameter - the redox potential - is a source of health-promoting antioxidants and bases is fascinating.
Depending on the redox potential, it is possible to give the water immunostimulatory, antidiabetic or antiseptic properties. This opens exciting perspectives and new ways in the field of healthy nutrition and can lead to the turning point in the development of medicine in the new century. 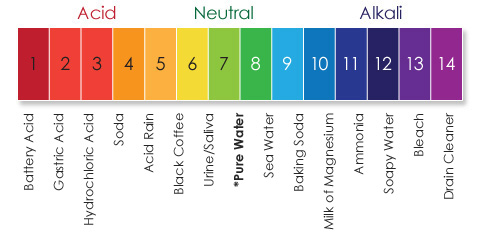